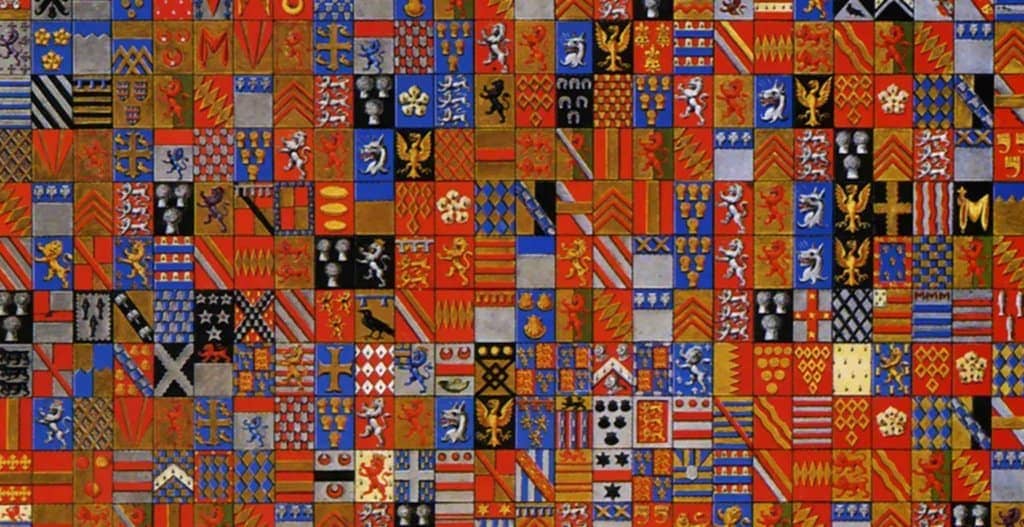 A coat of arms is a heraldic visual design that represents a specific family or person. Originally appearing on shields or flags of early medieval Europe, coats of arms were once used as a way of distinguishing one knight from another on a battlefield.

According to Britannica, the origin of the term coat of arms is in the surcoat, the cloth tunic worn over armour to shield it from the sun’s rays. It repeated the bearer’s arms as they appeared on his banner or pennon and on his shield, and it was particularly useful to the heralds as they toured the battlefield identifying the dead.

It also identified the knight in the social surroundings of the tournament. What today is popularly termed a “coat of arms” is properly an armorial or heraldic “achievement” and consists of a shield accompanied by a warrior’s helmet, the mantling which protects his neck from the sun (usually slashed fancifully to suggest having been worn in battle), the wreath which secures the mantling and crest to the helmet, and the crest itself (the term for the device above the helmet, not a synonym for the arms). Additions to the achievement may include badges, mottoes, supporters, and a crown or coronet.

Dr Maurizio Bragagni OBE has got the approval to bear his own coat of arms, badge and crest, which were designed by the College of Arms in London and represent Dr Bragagni’ s family heritage, personal moto “Nihil difficile volenti” and various elements that have shaped his life and career.