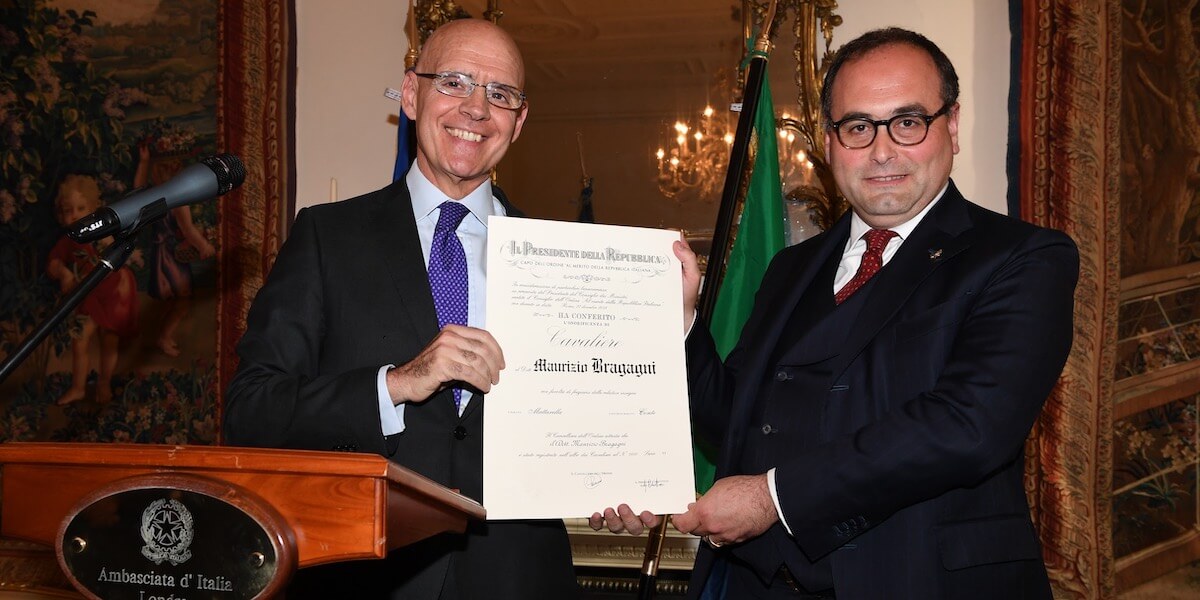 This award is an upgrade of the previous award to duly recognise Dr Bragagni’s bravery, precious commitment and intensive activity carried out during the difficult period of the health emergency caused by the Covid-19 pandemic to assist San Marino.