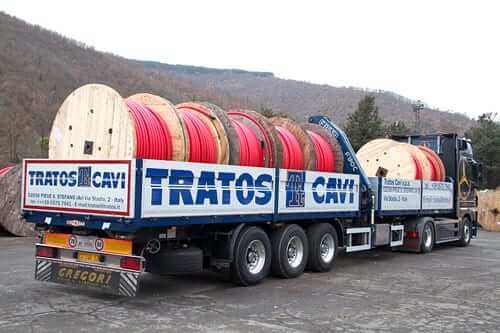 As CEO of Tratos UK Ltd, I received a letter from the UK’s Department of Transport informing haulage associations across Europe of imminent changes to the UK’s rules on cabotage and combined transport. These changes were made in accordance with the UK’s post-Brexit trade deal with the EU and came into effect at the beginning of 2023.

According to the new rules, the UK is removing the following rights of foreign hauliers:

·    the right of operators based in EU Member States to conduct cabotage movements when entering the UK unladen;

·     the right of operators based in EU Member States to conduct combined transport (i.e., certain types of intermodal transport where goods are transported in the same loading unit or vehicle using two or more modes of transport);

·      the right of operators based in the EU Member States to pick up goods in the UK and then go to a non-EU country to drop off those goods (known as “triangular traffic”) through the use of a Community Licence.

The letter explained that the UK has decided to remove these rights in the context that the TCA does not offer equivalent rights on a reciprocal basis to UK hauliers operating in EU territory. Operators based in EU Member States can still conduct triangular traffic journeys without these rights, but they will need to hold a permit issued by the European Conference of Ministers of Transport (ECMT). ECMT permits support for UK operators making similar triangular traffic movements between EU States and other countries.

As CEO of Tratos Ltd, a world-renowned cable maker with manufacturing plants in Italy and the UK and representative offices across the world, I share the concern of many other entrepreneurs that are heavily impacted by the above new rules. In addition to increased artificial cost and processing times of deliveries across the UK and the EU countries, the new rules will have a toll on the environment and prevent countries from achieving their ambitious goals of achieving net zero carbon emissions.

Let’s not forget the new rules imposed by the UK government are in stark contrast to just over a year ago, when the UK Government liberalised its cabotage rules as a result of the supply chain crisis partly brought on by the country’s HGV driver shortage.

The transport ministers of the EU countries, acting at the request of the national haulier’s associations, are under pressure to enact action to alleviate the transport difficulties caused by the new rules. Some countries are considering reinstating the old bilateral agreements with the UK to regulate or maintain the continuity of transport operations in the UK market.

I believe the above was another rushed decision with undesirable consequences for businesses in a post-Brexit era.  In the recent study “Comparison of English and French Brexit solutions and effective carrier responses”, there is a broad view of what has happened to HGVs crossing the UK-France border over the last two years. One of the most important findings of the study is that without the automation of registration processes, the administration of road freight from the EU to the UK would become so costly for hauliers that it would no longer make transport to England profitable. The other finding was that although Brexit was initiated by the UK, from the point of view of transport, France was better prepared for the change[1].

Even the group of UK-based members who still support the idea of Brexit are realizing that the perceived benefits are hard to gain due to the loss of market for their services and due to the increased red tape of doing business around Europe. We have seen multiple cases of the UK government being forced to postpone various self-declared deadlines[2] to implement numerous provisions as per TCA with the EU.

With road transport, the post-Brexit complications are yet to be fully discovered. The introduction of export-import processes related to Brexit has not yet been fully completed, not to mention the future obligation to submit safety and security declarations.

The UK government should listen to the business, be better prepared and not underestimate the associated costs of introducing new UK-specific regulatory architectures, which demand entire industries to make sudden and wholesale shifts to comply with new changes.