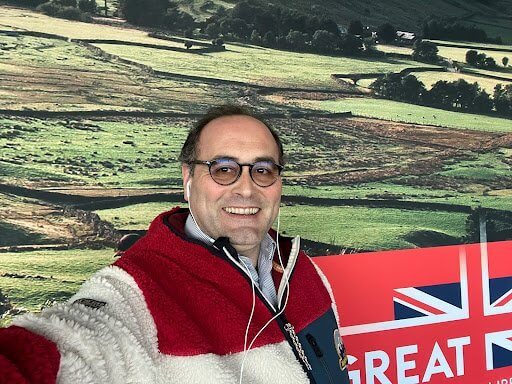 We live in a fast-changing world that presents many challenges that society must navigate to thrive. I could mention economic inequality, climate change, social radicalization, cybersecurity, demographic changes to the world population and ageing, migration and its associated issues of language barriers, cultural differences, a lack of affordable housing, mental health problems such as anxiety and depression, political polarisation and instability, and so on. The above would never be accurate enough without mentioning the absolute necessity to defend our right to freedom, as freedom is a cornerstone of democracy and a fundamental principle of human rights. Without it, individuals would be unable to make their own choices, express themselves freely or pursue their own goals without fear of repression or discrimination.

In our contemporary world, democracy and dictatorship are two very different forms of government. The differences between the two can be seen in the current tensions between Russia and the West. Russia is a semi-authoritarian state, with the President having a great deal of control over the government. The Russian government has been accused of using oppressive tactics to suppress dissent and of using its power to interfere in foreign elections.

The international community has widely condemned the ongoing war in Ukraine. The annexation of Crimea has violated sovereignty and territorial integrity and led to serious human rights abuses.

Also, the most recent Covid-19 pandemic outbreak and the world government’s response to it, have highlighted the differences between democracy and dictatorship in a stark way. In democratic countries, governments are accountable to their citizens and have consulted with them to decide how to respond to the pandemic. In contrast, in authoritarian countries governments took drastic measures without consulting their citizens. This has resulted in some countries taking more aggressive measures to tackle the pandemic, such as lockdowns, curfews and other restrictions, while others have taken a more moderate approach.

Furthermore, the COVID-19 pandemic has highlighted the starkly different approaches to handling the virus by Russia and China. Some have praised Russia for its aggressive response to the pandemic, while China has been criticised for its lack of transparency and heavy-handed tactics. However, many observers see both countries’ responses as deeply problematic. The authoritarian approaches taken by both countries have raised serious concerns about the implications for human rights and democracy.

In my life, I was lucky to have met Father, Luigi Giussani, from whom I was inspired to live and share. I apply his teachings in my daily encounters. Father Giussani, a prominent Catholic theologian, believed in the importance of living together and sharing. He argued that living together and sharing our lives creates a sense of unity and belonging and can help us become more in tune with our spiritual selves. He also stressed the importance of understanding and respecting one another’s beliefs and of supporting each other in times of difficulty. By coming together to share our experiences, beliefs, and values, we can create an environment of acceptance and understanding in which we can learn from each other and grow.

Ultimately, the difference is always between good and bad, God and evil, and those who believe and do not believe in morality. Good and God are associated with moral values, such as kindness, justice, and respect for others. Evil and those who do not believe are associated with immoral values, such as cruelty, injustice, and disrespect. The difference between the two is the acceptance of moral values and the willingness to act following them.

In defence of democracy, we must remember that democracy is the only form of governance that is based on the principle of equality and that it is the only system of government that respects and protects the rights of all of its citizens. Democracy allows for the peaceful transfer of power and encourages participation from the citizens. It also provides a platform for expressing different opinions and exchanging ideas, making it an ideal form of government. Furthermore, democracy allows for the development of a strong economy and a stable society. In summary, democracy is the best form of government and should be defended and supported at all costs.

Defending democracy is essential in today’s world for ensuring that a society is fair and just and that the rights and well-being of all citizens are protected. Protecting our right to freedom is crucial for promoting democracy, human rights, and progress. At the same time, it is also the responsibility of all citizens to fight against oppression and discrimination that may threaten it.