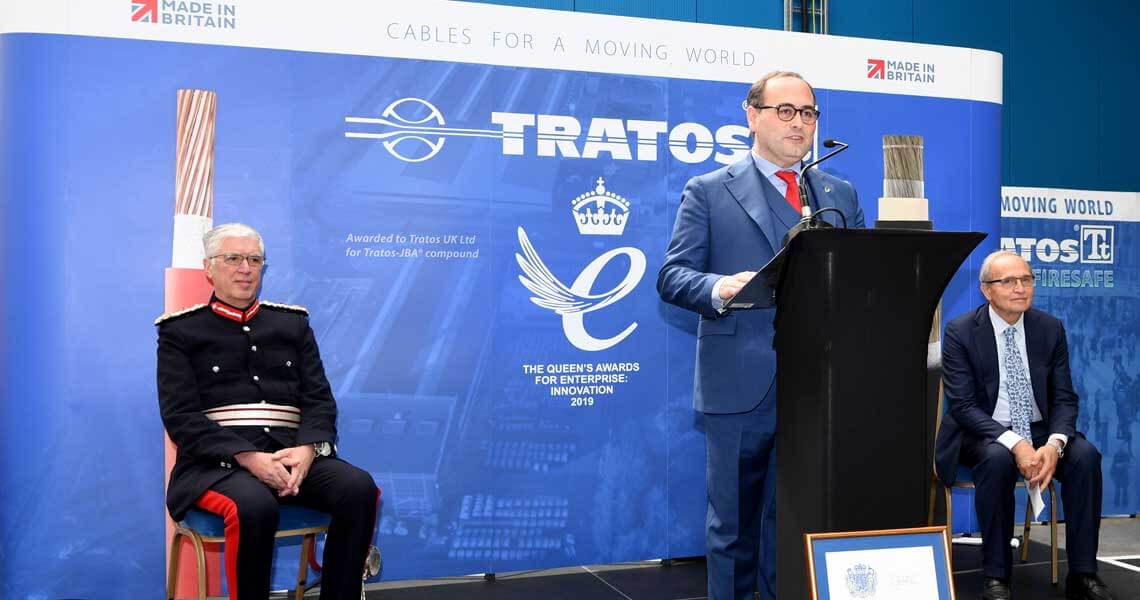 The world is changing – there is new thinking and new skills, emerging technology and the creativity it enables – all of which is being harnessed differently – used differently – to change how we live, work, communicate and play.

Pure innovation has to be powered by the drive to deliver added value: to make things easier, faster, safer, better – or less expensive.  Sometimes these gains come at a price.

Standing on the edge of the fourth industrial revolution, it could be argued that it is as much about revolutionary thinking as it is about ground-breaking engineering – the two go hand-in-hand.

While studying for an MBA Maurizio Bragagni had the luxury of time to connect to, and consider, the possibilities of this incoming disruption: this challenge to the way of doing things; this boundless opportunity. He believes it is necessary to decide whether to sink, or swim with our heads held high.

The dinosaurs became extinct because of an inability to adapt.  Although some survive – ancient species like the shark, the turtle and some reptiles – they were in the minority.  To survive this latest challenge to the world, a self-created challenge, it is necessary to not only adapt, but adapt in the right way.

A job for life will become a rare thing.  It’s already on the endangered list.  90% of present white collar jobs will vanish.  That means the very fabric of life will change beyond all recognition. And it won’t be the first time.

Early explorers discovered new continents and brought diseases previously unknown to their inhabitants, wiping out indigenous populations with a sneeze.  They helped themselves to others’ mineral and natural resources – from precious metals to coffee and cotton – and changed the ways of these ‘new worlds’ forever.

A commercial quake was triggered by the Portuguese.

With it came slavery and mass manufacturing.  England’s peasants became workers and a land grab saw rich native lands snapped up, driven by a pure commercial imperative – some might call it greed.

It was the beginning of European domination of the world.

In 1497 India was the Empire of Cotton, one of the most sought-after manufacturing products in the world.   Cotton changed the way we lived, looked and smelled (as we abandoned heavy wool for something lighter) as well as the economy.

The market for cotton was interwoven with middlemen, entrepreneurial ‘pirates’ who held Europe to ransom at every step of the new must-have commodity’s journey.

Eventually it was the British, with their massive demand for Indian cotton to feed the mills in Manchester that drove out the middleman – and that’s a step that has been constant in economic innovation.

In the early days of expanding international trade the disruption that eliminated the Asian, Arab and Ottoman middleman was Portuguese, Dutch and later British naval superiority. Every generation has its disruptive technology. Today that technology is the Internet.

There will be those that are `today’s middlemen.  And it is all too clear what happens to them!  So, those in a service industry, those that don’t make anything, `Mr’ or `Mrs’ white collar, would be advised to stay on their toes and find something else to do as technology gets its feet under desks.

Is there likely to be the arrival of a new breed of luddite? Workforces who smashed the machines to postpone progress and preserve their jobs as their new technology revolution takes its first step and then breaks into a run?

Realistically today’s workforce is  already in technology’s tentacles – it is glued to smartphones and tablets.  When people walk they’re more likely to be ‘pod’destrians than pedestrians, plugged in to their our own personal sound track or conversations.

An individual’s  own commercial value – what he or she  ‘bring to the business’ – is on thin ice.

Professionals who command a premium for their skill today have something to share with those early textile millworkers as they contemplated the arrival of their nemesis – The Spinning Jenny.

Massive technological disruption; it’s been here for centuries, and it’s not finished yet.

This fourth industrial revolution drives the need for continuous learning.  It’s been a buzz-topic for some time, but life, will take a more varied path as people leave education, gain skills, have their jobs change, re-educate and re-skill, change jobs and move forward. Those that don’t prepare for these seismic changes now, will be left severely wrong-footed.

Take wholesale and retail for example.

For years robots have been working in a manufacturing environment, and intelligent tracking, packing and stacking systems have defined advances for retail warehousing.  These are low-skilled tasks, but the robots – they’re getting smarter, they’re learning.

We may have less than two decades before automation of routine tasks ups its game.

Automation would do what it always does – productivity would increase and create fresh job opportunities. But if they’re getting smarter, why restrict robots to those lower skill areas?  Driverless cars have arrived – where does that leave taxi, lorry, bus and train driver?  Old science fiction movies are proving to have been fairly accurate in their depictions of how life is lived in the future.

So, it is important to be smart and stay smarter.  The smart money is on finding ways to work better with the technology, and to do that people need to educate themselves better and – now – more often. Society can’t afford to box itself into the ‘low skilled’ bracket, it has to train better and with relevance.

Upskilling, creative and critical thinking will be highly valued, as will emotional intelligence, something that AI has not quite mastered – yet.

They’re driving predictive and automated devices which, in turn, collect more data, enabling machine learning.  Also, conversely, their learning serves to narrow human horizons which means they are walking blindly from broadcast to narrowcast, being shown more of what they ‘like’ and challenged less by what they seldom explore.

AI has been around for more than 50 years, but suddenly it’s stepping into the spotlight.  One of the more useful degrees has to be those involved in the development of artificial intelligence.

Computers are better at crunching through the leg-work of some areas of police investigations – we now have face recognition technology, Britain has one of the most densely watched CCTV communities and a fingerprint match, if the system has it, is the work of seconds rather than days.

But it’s important not to forget who built the machines.  Humans did.

Perhaps the machines, once they’ve learned to worry, need to worry about what humans will build next – it may well put them out of a job!

Modern cars have diagnostic systems – robots are carrying out incredibly delicate surgical procedures on people – even when the senior surgeon is sitting a continent away.

There are AI systems that can perform clinical diagnoses on patient records by ploughing through thousands of records in seconds, with an almost total accuracy rate.

But humans are not on the endangered list quite yet.  Cyber security, for example, is a career born from new technology and it’s not the only one.

The job market is evolving and right now it’s not entirely clear where it will go.  Business is having to change.  People have a handle on the world, usually in a pocket or a bag, and they expect to drive everything from it.  Mobile phones will even track you should you get lost and still have it with you.  So, businesses are going to have to collaborate more to ensure their systems talk to each other and their customer service is integrated and smooth.

Of course the big question is do we really need all this technology.  Given a choice would some turn off the phone, ditch the tablet and go for a walk or communicate or interact with each other without the benefit of Skype or a shared gaming experience?

Like all industrial revolutions, this one is like no other.  It’s not steam or water – Industrial Revolution 1, it’s not simple electric power to create mass production that defined the second one. The Third used electronics and information technology to automate production.   The Fourth moves on the Third, the digital age, dipping into a range of different aspects that together create this fourth dimension for industrial change.

What does define all the change this time, is the pure speed of it.  The pace of these 21st Century breakthroughs has no historical precedent, and it is disrupting almost every industry in every country.

The world is  more connected than ever.  It is possible to find out more about an individual before or after meeting up than ever before – and the same is true of business.

Drones are now deployed as weapons, surveillance and video tools, they’re even used for some deliveries.  Our phones speak, they house our personal assistants, they can even remind us that it’s time to apply more sunscreen.

This industrial revolution, the one we’re owning and living through right now, has huge potential; potential for good.  Costs drop when efficiencies increase.  This revolution will work smarter because it is smarter, we have a tiger by the tail, we need to learn how to train it, not tame it.

The biggest beneficiaries of innovation tend to be the providers of intellectual and physical capital.

This latest revolution has seen the commercial winners come from left of field.  Not the biggest, fattest corporations, but leaner and hungrier entrepreneurs with ideas and passion.

More than 30 percent of the global population now uses social media platforms to connect, learn, and share information.  These communication avenues were not always here, and the world is still learning how to use them ethically as well as for entertainment and enlightenment.

The gathering momentum of innovation and the speed of disruption are hard to comprehend, even for the best informed.

So, welcome to the fourth industrial revolution.  The choice is there as to whether to embrace the disruption. Businesses must adapt, die or simply resign themselves to stay a turtle, shark or lizard.