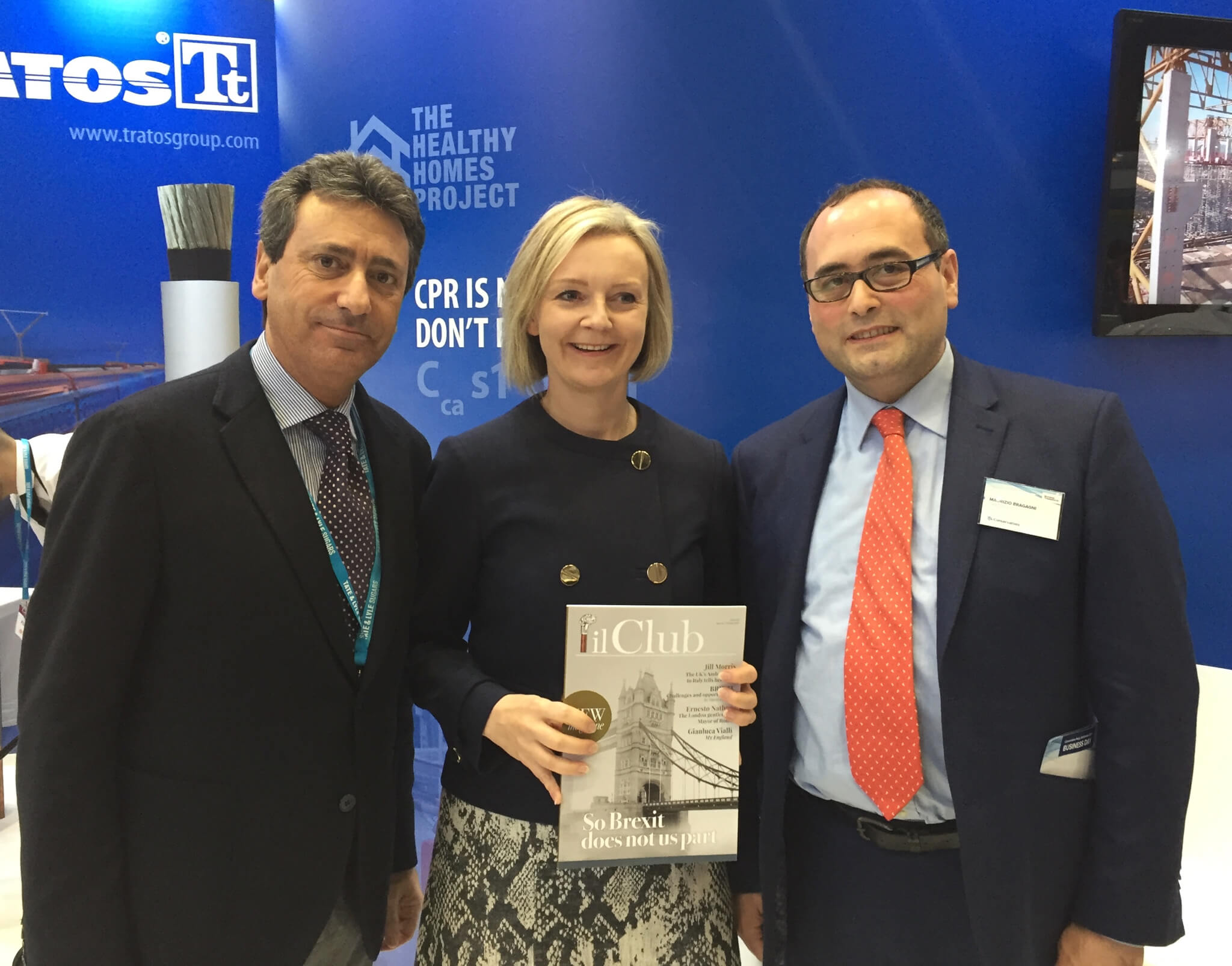 The UK must get behind the Trade Secretary’s plan to reduce free trade barriers, launched today, or prepare itself for the worst – says Department for International Trade Advisory Group member, Merseyside businessman Dr Maurizio Bragagni.

Today’s report offers new thinking around the United Kingdom’s trade policy, spelling out the case for free trade, its benefits for the economy, Britain’s potential and recommendations for an export-led, fair and sustainable recovery.

In her foreword the Rt Hon Elizabeth Truss, Secretary of State for International Trade and President of the Board of Trade, described free and fair trade and the global trading system which supports it as ‘under attack both at home and abroad.’

Dr Bragagni, who heads a Knowsley-based global cable manufacturing business, Tratos, and is Hon Consul for San Marino, supported Ms Truss’ view that ‘championing free and fair trade, rooted in our values of sovereignty, democracy, the rule of law and a fierce commitment to high standards’ was one of the highest priorities for the UK.

Dr Bragagni, who is working alongside Ms Truss, together with other hand-picked advisors from industry, added: “Standards will be very important strategically as we tackle one of the country’s biggest challenges.  We need to have common, high regulatory standards that are accepted worldwide and are interchangeable.  We need to reduce as many barriers to free trade as we can and replace duty on goods with simpler, smarter alternatives that actively promote sustainability and support a circular economy.  I have made no secret of my own support for a new-world taxation system that links levels of duty paid to the CO2 levels generated by emissions-heavy and short-lifespan products where longer lasting and cleaner alternatives exist.

“The Trade Secretary has done a great job, this report throws down a challenge around the principle of free trade and what we can achieve as we work to transform the country into a new economic powerhouse.”

He added that he hoped to see the UK move toward a world-leading cryptocurrency exchange to maintain its position as one of the globe’s 21st century financial pioneers.

Dr Maurizio Bragagni is an author, diplomat, manufacturing innovation champion, philanthropist and academic.  An Italian-born British citizen he has a doctorate in Law from the University of Pisa, an MBA in business administration from the London Business School (formerly Cass) where he is an Hon Senior Visiting Fellow. and an hon PHD from the University of Bolton.  He holds the Institute of Directors’ Certificate and Diploma and is a Freeman of the City of London.  He was appointed as an advisor to the Department for International Trade last year.