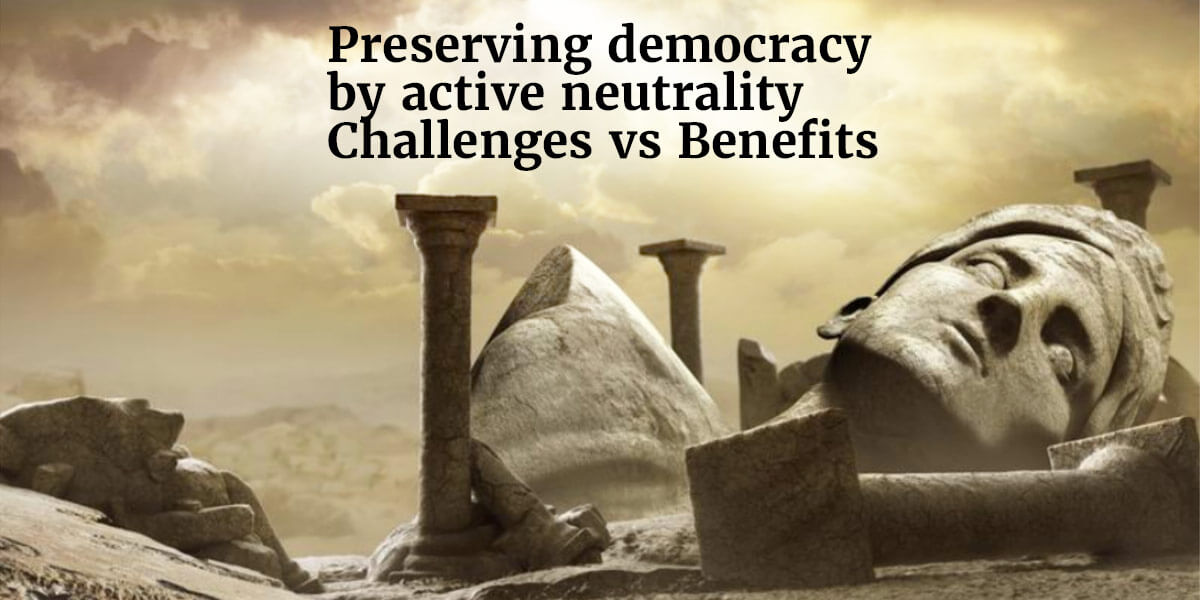 The example of San Marino as a small state that has been neutral throughout its history is significant for analysing the challenges and benefits of applying neutrality at our modern times. The paper starts with a short analysis of the origin of the conflict: democracy versus tyranny, followed by the definition of small states and the importance they have put on the adoption of war or of the neutrality status throughout the history.

San Marino’s foreign policy has been characterised by a strong focus on diplomacy rather than engaging directly in any conflict. However, for the first time, the Republic condemned the Russian invasion and expressed solidarity with Ukraine and its citizens. This was followed by the imposition of several sanctions on Russia, in line with those imposed by Western democracies.

Dr Bragagni believes that this unprecedented step in the history of San Marino, was is in line with the principle of active neutrality. The invasion of Ukraine violates the principles on which modern democracies are founded, including San Marino.

Dr Maurizio Bragagni concludes that neutrality is still relevant in the global political scenario, although it alone does not guarantee safety in this changing world.